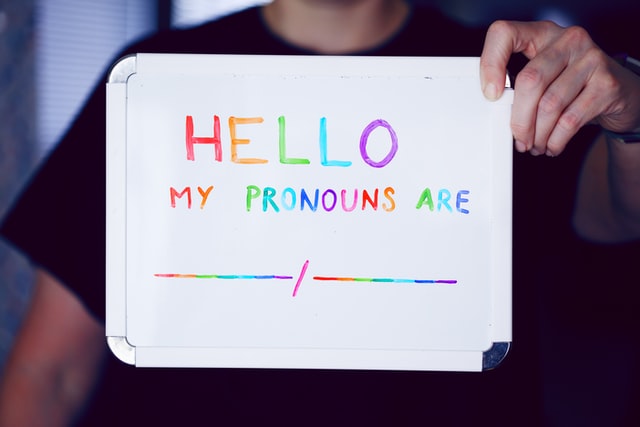 On Sunday, 19th April 2020, we held the session of Let’s Talk: We Value Your Say on ‘Gender and Sexuality’. The topic for us, was important and needed to be discussed. We believed that everyone deserves to express themselves and with this session, get a chance to share their stories. Gender is, as we know, a social subject. It is not based on what you were at birth but how you take yourself to be after. It would be interesting to learn how our participants were expressing themselves and what obstacles they faced on the way. With the help of social media we were able to reach out to people about this session. There were a number of requests to join, but according to our first come first serve basis, the first 10 were added in a group in Skype. The participants included Yuki Gauchan (Student), Yubraj Balami (Hotelier), Ruskina Chitrakar (Student), Pushpa Joshi (Student), Poshan Gyawali (Student), Nisha Baruwal (Student), Anushka Nepal (Student), Niraj Pandey (Student), Jemie Shrestha (Student) and Saraswati Gauchan (Student). Along with the participants was our expert, Suzu Poon and our Managing Director, Aishwarya Rani Singh who would be moderating the session.

We understood that the topics in itself were too vague and too vast if not made into themes. Hence, we categorized the discussions into different parts, making each part connected to one another and were as such:

The session started at 1 PM NPT with an introduction where all the participants took turns in introducing themselves. Then, a question was raised ‘What is your basic understanding when it comes to Gender and Sexuality- not as a definition but as an understanding. What is your conceptual understanding?’ and our participants were to answer. “To my understanding” started Niraj Pandey, “the certain set roles in the society which are categorized in different forms. There are masculine roles, feminine roles, etc. As society has deemed those social roles they’re social construct. In terms of gender, I think it is what you choose to be, or want to be. Sexuality is what sexual interest you have towards someone.” Adding more to what Niraj said, our expert Suzu continued,”Gender is more like an individual concept of yourself. Sexuality for me is, who I’m attracted to sexually, but it’s also so much more than that. It’s owning who you really are. It is also a spectrum, you might grow up as a heterosexual but later realize they’re not. It is ever evolving and ever changing for some people more set than others.”

This understanding was accepted by most participants while also giving more input to it. Seeing hesitancy, the moderator of the session, Aishwarya started to pick people’s names for them to answer or share their views on the topics. “Adding to Suzu’s and Niraj’s point, in my understanding, sexuality is beyond sexual orientation. There are a lot of things that come under sexuality like how do you express yourself, your haircut, your dress up, and your opinion on sex, etc.” said Pushpa after hearing the participants. Overall, the understanding of Gender was- it being a social construct and Sexuality being an attraction or sexual feelings for someone. To this again, Ruskina added, “Gender is a social distinction, to an extent where people define themselves as masculine or feminine. And sexuality people’s interest and attraction to others.”

Along the line of discussion, participants started to share their experience, “My friend is not a bisexual girl but loves intimacy with other girls. She doesn’t want anything sexual but limits herself to kissing only.” With this the discussions moved further. A participant shared their story on how they felt the same way,” I have kissed other men although I am a man myself, but the idea of doing anything but kissing freaks me out.” While another female identifying participant shared a similar story,” I have always wanted to kiss a girl but not do anything more than that. I’m so glad to know that I am not the only one who feels this way.” We realized, like Ms. Poon said, sexuality is a spectrum and you may lie on any parts of it. Being bisexual doesn’t mean equal attraction to men and women, you may have more attraction to any one and even less for the other. The liking and attraction differs from person to person. We realized with as the participants shared their experience that a lot of people lie in different parts of the spectrum. “I didn’t realize I was bisexual until I explored, I would’ve thought I was straight my entire life.” Said one of the participants.

That begged a question, does your sexuality also depend on your upbringing? “Many people want to rebel against the ideologies that surround them and make rash decisions which has an effect on their sexuality.” Said Suzu while participants shared their stories. “I don’t think that’s an issue for me” said one of the members, “although the relationship between a man and a man is totally avoided and looked upon with disgusts, I never cared about it and still kissed many guys. People’s opinions did not matter but I don’t know if I can say the same for everyone.” Then again other participants shared something similar to what Suzu had to say, “I think the reason why I can’t have a relationship with the same sex is because since childhood I had been told that it’s not good, it’s unhealthy even. So maybe I could be bisexual but the society’s manual for behavior is engrained in my head making it almost impossible to like the same gender romantically.” We were amazed to see how much affect there was on our daily lives and our being in itself from the society. Consciously or unconsciously we made decisions based on the environment that we are in.

We realized that gender is secondary to such discussions, we need people we can confide in. Having someone to talk to is a privilege and having someone you can share your personal matters isn’t something gender based, but rather whom you’re comfortable with. If you’re comfortable with your guy friends, great, you can share with them and if you confide in your female friends, that is great too. The point is to find someone who is not judgmental and will support and guide you. The best thing we can do is make the environment around you safe and comfortable. “The only thing we can do to solve this issue is by being non-judgmental” said Nisha Baruwal, and we wholeheartedly agree with her on this. We should make sure that we accept people who approach us or make an environment when we are approachable and non-judgmental.

“My family members are the most judgmental people” expressed one of the participants, “they think because I menstruate I’m lesser than them and more evil. My grandfather acts like he’s having seizures if someone menstruating touches him.” This is one of the bigger issues menstruators face, discrimination. Nepal has a hating culture on women that demeans them and makes them feel less than human. Our Youth Expert had some advice to give the participant and she said, “Try to reason why they think it’s evil. I had once met a girl who grew a plant and watered it during her periods which bloomed, proving the superstition that menstruating women kill plants when touching them. Try to find some way to prove them wrong logically” then she continued, “I know it feels awful when you’re discriminated for a natural process, but you also have to understand that they are from a different generation. We cannot change their beliefs overnight.” Point very well made by our expert.

We often criticize the older generation for their beliefs but we also have to understand that that is the way they grew up. Changing a habit may take a few months but changing the thinking pattern takes years. So we advise you to be patient and as Ms. Poon said, try to talk logically. Explain why menstruators bleed and how it’s not dirty blood. Talking logically or showing them proof that they’re not just wrong but also highly have highly misunderstood the subject.

So, why was this issue discussed?

We’d like to thank all the participants of this session, we had an amazing discussion for 2 hours! You guys are the change we want to see in your country.